BANGKOK, 3 November 2019 – The Association of Southeast Asian Nations (ASEAN) awarded the ASEAN Prize 2019 to Dr. Jemilah Mahmood, an ardent community and humanitarian leader from Malaysia, for her commendable contribution to community-building efforts in the region.

The Prime Minister of the Kingdom of Thailand General Prayut Chan-o-cha and the ASEAN Secretary-General Dato Lim Jock Hoi presented the award to Dr. Jemilah at the Opening Ceremony of the 35th ASEAN Summit in Bangkok, Thailand today.

The ASEAN Prize is a regional premier award administered by the ASEAN Secretariat to recognise inspiring achievements of ASEAN citizens or organisations who have significantly contributed to ASEAN community-building efforts.

In his congratulatory remarks, Secretary-General of ASEAN Dato Lim said, “Dr. Jemilah’s work in the field of medical and humanitarian response has been outstanding. Her lifelong and focused advocacy for basic emergency response needs in support of marginalised communities is inspirational and relevant to the current environmental pressures in ASEAN”. He added, “ASEAN appreciates Dr. Jemilah’s commitment to humanitarian causes and looks forward to her continued contribution in the building of an inclusive and resilient ASEAN Community.”

The award included a cash prize of US$20,000, which was funded by the Temasek Foundation of Singapore and Yayasan Hasanah of Malaysia as the sponsors of the ASEAN Prize 2019. Dr. Jemilah pledged to donate the prize to the Surin Pitsuwan Foundation, a philanthropic organization in Thailand which focuses on education, diplomacy and human security in ASEAN, and the Malaysian Red Crescent Society, a voluntary humanitarian organisation and part of the International Red Cross and Red Crescent Movement.

Upon receiving the Prize, Dr. Jemilah said, “I am extremely honored and grateful that I am selected as the Recipient for the ASEAN Prize. ASEAN is always home for me. It is important for ASEAN to recognize its citizens who contribute to the global issues, and I hope this could also inspire young generations to make a difference.”

Dr. Jemilah was a practising medical doctor before she started her career in humanitarian assistance. In 1999, she founded the Malaysian Medical Relief Society (MERCY Malaysia), one of the first international non-governmental organizations (NGO) in the global-south with more than 5,000 volunteers deployable to disasters and conflict areas in ASEAN and beyond. She has personally led missions and development programmes in many parts of ASEAN, such as Cambodia, Indonesia, Malaysia, Myanmar and the Philippines. Under her leadership, MERCY Malaysia became the first NGO in Asia to be globally certified for humanitarian accountability in 2007.

At the regional level, Dr. Jemilah was instrumental in establishing a coordinated approach to humanitarian assistance in ASEAN. She is a founding member of the Asian Disaster Reduction and Response Network and has contributed to the establishment of the ASEAN Agreement on Disaster Management and Emergency Response Partnership Group. The Group is an initiative to strategise effective partnerships between governments and civil societies on disaster management and emergency responses.

Currently, Dr. Jemilah serves as the Under Secretary-General for Partnerships at the International Federation of Red Cross and Red Crescent Societies in Geneva where she leads policy development across key priorities including localization, innovation, youth and volunteering, social inclusion, gender and diversity as well as peace and non-violence. Previously, Dr. Jemilah held various positions within the United Nations such as the Chief of the World Humanitarian Summit secretariat in the United Nations and the Chief of the Humanitarian Response Branch at the United Nations Population Fund. 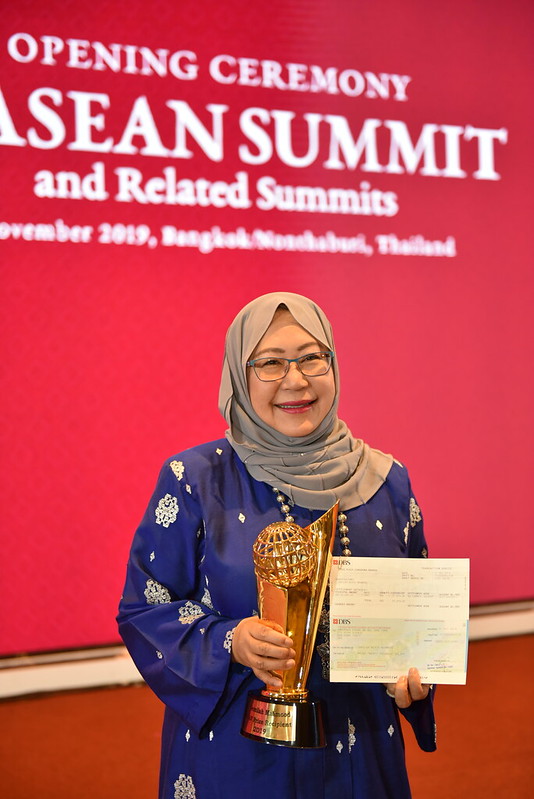